How To Remove Cat Urine from Couch

How To Remove Cat Urine from Couch

If you have a couch and you have a cat, there’s a good chance that you also have cat urine stains on your couch. Especially with the young and old cats, small accidents are not uncommon and some cats develop and actual habit of peeing on couches and cushions.

The reason it is so hard to remove cat urine from couches is because it soaps deep within the couch, which means both the underlying foam and also the top fabric are soiled.

Cat urine slowly degrades and the urea and other organic compounds slowly release that unmistakable cat pee smell into the air.

Remove Cat Urine from your Couch

The best way to remove cat urine from couches is to use a high-quality enzyme cat urine remover.

Normal cleaners you would find around the house rely on detergents and other harsh chemicals to wipe away stains or destroy the odor molecules.

They don’t remove cat urine from couches well because the stain is too deep within the couch, and the harsh chemicals will also damage the couch fabric. Some organic cleaners don’t have harsh chemicals, but they can leave behind different smells which aren’t much better than cat pee (for example, vinegar smell).

The reason that Pee Off  can remove cat urine from couches  so well is because it is the only hot enzyme cat urine remover. That means it’s made by mixing hot water and applying while still hot.

By being used when hot, the enzymes are in their most active state and quickly work to neutralize and destroy urea molecules in cat urine. The enzymes come from a natural soy bean source, and are safe for pets, children, and adults.

One application of Pee Off is often enough to significantly reduce cat urine odor. It can also be applied several times from the same batch to make sure odors are permanently removed. 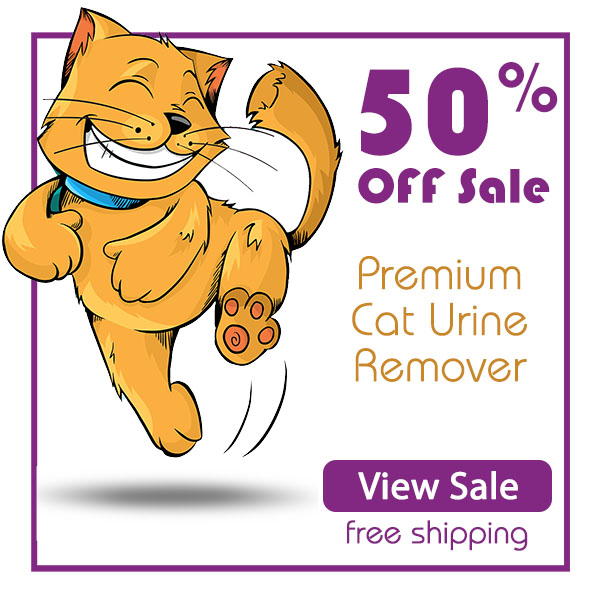